The 5 Most Important Negotiation Skills 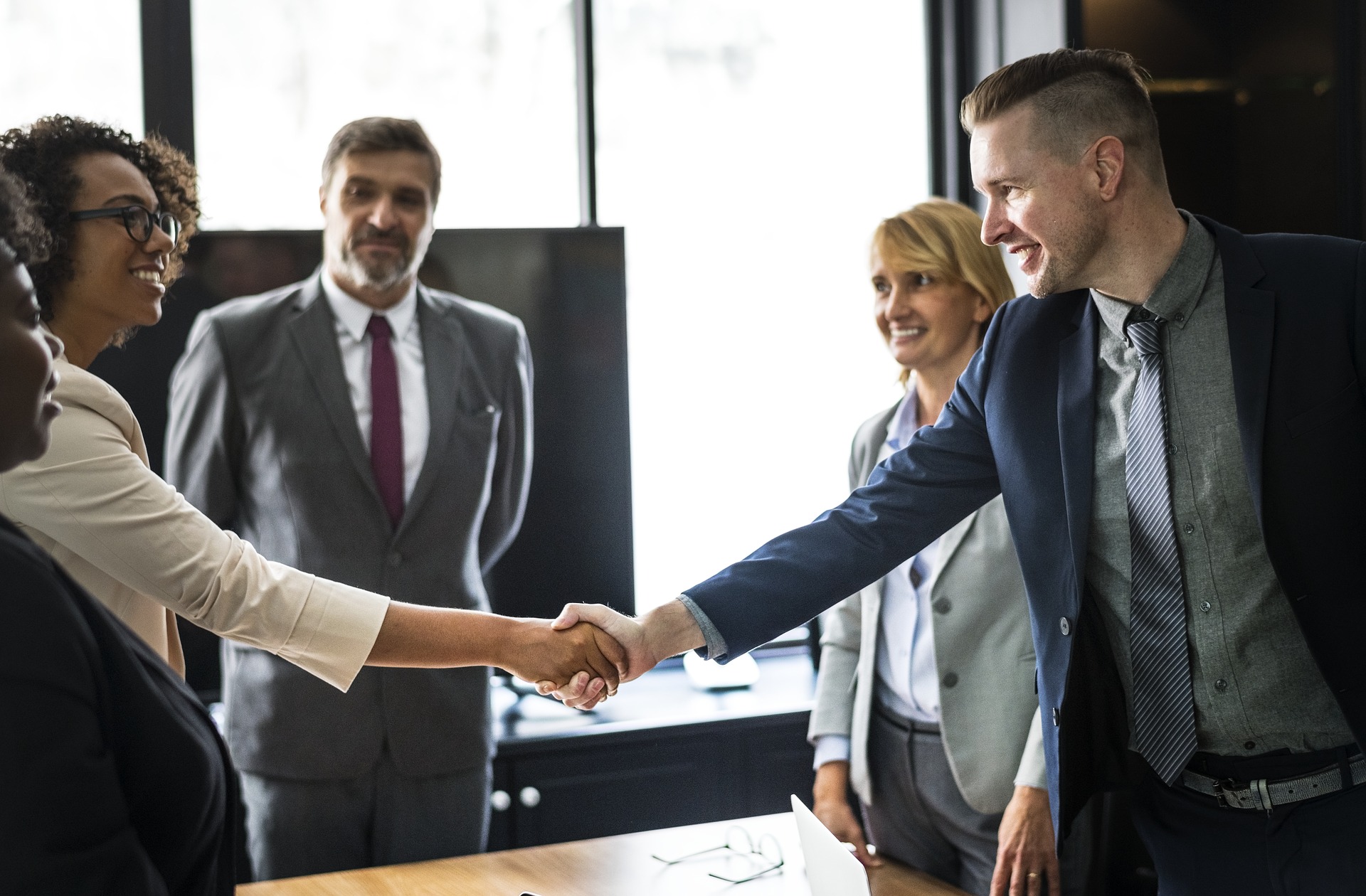 Intimidated by negotiations? Focus on these five simple negotiation skills first and get much better.

Think of all the times in your business week you negotiate: with new hires and existing employees; with sales prospects and long-term clients; with vendors and suppliers. If you’re a business owner or leader, you need to know how to negotiate. This is non-negotiable.

Here are the five most important negotiation skills you should focus on first. Each of these skills has proved to be worth millions to my clients and to me over the past 25 years. This all recently came to a head when I had 35 of my top business coaching clients join me for a day-and-a-half program on negotiation in my hometown of Jackson Hole, Wyoming. These were 35 of the most successful entrepreneurs and business owners in the United States.

I asked them, “How many of you would consider yourselves ‘ultra-negotiators’ who are fluent in and love negotiating?”

Out of 35 business owners, only two raised their hands.

About a third of these successful entrepreneurs raised their hands.

Finally, I asked, “How many of you feel like you aren’t strong or confident negotiators? How many of you find yourselves avoiding negotiating even when that avoidance works to your detriment?”

Over 60 percent of the hands in the room went up for that.

That floored me. Considering the business success that these people have had, I thought the numbers would be skewed much more toward the first two questions. I realized that we had a lot of work to do.

I said, “Look. In a day and a half, we’re not going to cover all of the different negotiating tactics that are out there. Instead, we’re going to start off with the 10 most important negotiating strategies and skills that you’ll need.”

In this article, I’ve narrowed that list of 10 skills down to just the five most important for you to start with.

1. Get Clear on Your Negotiating Goals

Now, you might think this is obvious, but the reality is that most people who go into a negotiation haven’t thought about what they want to walk away with.

To get clear about your goals, there are three key questions you should ask yourself:

What’s the best possible outcome? Let’s say you’re negotiating to sell a product, service, or company — what’s the most you could realistically go after? Is it $50,000 for your service contract? Or perhaps $22 million to sell your company?

What’s your plan B? Roger Fisher and William Ury, members of the Harvard Negotiation Project and the authors of Getting to Yes, call this your “BATNA” — your best alternative to a negotiated agreement. What are you going to do if you don’t reach an agreement?

Of course, you shouldn’t broadcast your answers to questions A or B, but you need to know all of these things going in. Even if you’re not totally sure of your answers, just having a sense of what they might be can help you. As you become clearer about each of these elements, negotiating will become easier.

For that reason, you should be sure that as you deal with more and more important negotiations, you spend more and more time nailing down the answers to these three questions.

The second major idea we covered was the importance of going into the negotiation with a core negotiation strategy (CNS).

Lorraine, one of my business coaching clients at this retreat, brought up a particularly interesting negotiation challenge that she’s facing. She owns the 6,000-square-foot commercial building that her company operates out of — as well as the acre of land that it’s on. But the city wants to take out an eight-foot easement on the front of her property, which will kill her parking lot.

When I asked Lorraine what her strategy was, she said that she would tell the representative from the city planning department that this easement adversely and unjustly affects the value of her property.

It turned out that one of the reasons is that she has a lot of big, industrial trucks that come in and out of her property with huge equipment. If the city takes those eight feet of property from her, the trucks will have to back into the street every time they want to get in and out.

Again, if it’s a small negotiation — for instance, if you’re buying $1,200 worth of equipment — you’re probably not going to put a lot of energy into gathering lots and lots of information. But even then, you might spend five minutes online seeing about pricing somewhere else and what options exist. Then you can come in through the doorway of competition. You could ask, “Who are your competitors? And why doesn’t everyone buy from you?”

And that’s what this second step is all about — finding the strategy that will move you closer to your best possible outcome.

You have a “signature” in negotiations just like you have one with documents. That signature is the habitual way that you go about a negotiation.

Some people try to go in and beat the other person up on price. Other people are really intimidated, reticent, and afraid to ask for anything. Those people negotiate softly and often end up acquiescing. Other people are great at building rapport, but the moment the conversation turns toward price and terms, all of that rapport disappears. They make a conspicuous switch from conversation mode into negotiation mode.

Understanding your default signature helps you know what you’re working with. This is a particularly critical step toward growth as a negotiator, because there’s one thing you can guarantee when it comes to negotiations: Every time you negotiate, you’ll be there. You can’t ask yourself to leave the room when the negotiations start.

So get to know your own personality, style, and preferences. Figure out what sort of behavior you’ve defaulted toward in the past — how comfortable you were in your previous negotiations.

If you want help figuring this out, you can use the exercise that we used in our class this weekend: Two participants role-played a negotiation while a third party watched and gave feedback afterward.

One of the most powerful things you can do in a negotiation is draw out why the other party wants to make a deal. You can do this by asking questions and building negotiating roots.

For example, if you’re buying services from an IT vendor, try saying something like, “Tell me about your IT services. I get email offers for IT services all the time. How are your services different from the services they’re offering?”

Asking questions about their competition and why they want to work with you — what’s in it for them — builds your negotiating counterpart’s motivation.

It’s human nature that in any negotiation, one party will be eager and the other will be reluctant. Now that might not be true every time, but it’s probably true 80 percent of the time. And let me tell you: I hate gambling, but give me 80 percent odds, and I’ll hit Vegas and play the tables all day. You just have to throw down when you’ve got those odds.

So, assume that your negotiation will be like most others: It will have an eager party and a reluctant one. And, if you use these three tactics, you can be sure that you’re the reluctant one.

First, use your body language to communicate your reluctance. Think about what eager parties look like: They’re tense, and they lean forward with their feet under them like they could leap to their feet or launch into a sprint at any moment.

By contrast, reluctant parties sit back from the table and keep the tension in their bodies low. By putting their feet in front of their bodies at 90-degree angles, and by rounding their shoulders, they communicate that they’re not too eager to make a deal.

Also consider how you can manipulate your voice to sound more reluctant. Whereas eager parties talk quickly and at a higher volume and pitch, reluctant parties speak slowly and softly. Doing this also lowers the pitch of their voices, which makes them seem all the more reluctant.
Finally, remember that reluctant parties qualify their language. They say things like, “I don’t know if we could do X.” Or “Would this work for you if we could do it?” They also ask a lot of questions and pose a lot of challenges. They never say, “Yeah! Let’s do it!” They don’t show excitement. Everything is qualified and subdued.

After 25 years of studying and practicing negotiations, I can assure you that these are the five most important skills to start learning today. Sure, there are about a hundred others that I would follow up with. But if you have only the time, inclination, and energy to learn a few strategies, these five tactics will give you the biggest return on your investments of time and attention.